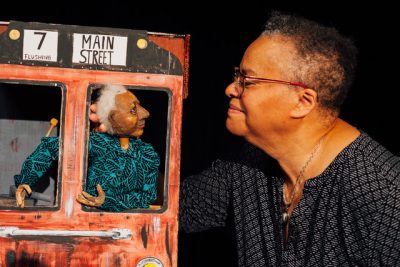 A piece about legacy and the importance of things and values that we pass on to the next generation.

After years of knowing each other as theater colleagues, Linda and Eric discovered by chance that they grew up only a few miles apart at around the same time in Flushing, NY. Though their life paths took them in different directions and to different parts of the globe, they once again find themselves in a similar place—in the process of handing their theater companies to a younger generation of leaders and facing the Brink of leadership succession. Flushing is a journey that the audience takes with Linda and Eric from present to past to present and engages with issues of race, legacy and identity. 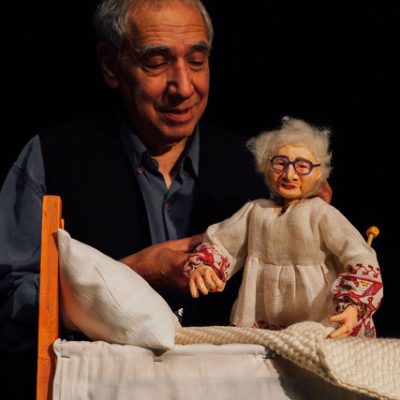 Eric Bass has worked for over forty years as a director, playwright, performer and mask and puppet maker. In 1982, Mr. Bass founded Sandglass Theater in Munich, Germany, with his wife, Ines Zeller Bass. As a stage director, Eric has worked on four continents and his signature solo work, Autumn Portraits, toured around the world for three decades. Eric served for five years on the board of the Network of Ensemble Theaters. In 2010, he received the Vermont Governor’s Award for Excellence in the Arts.

Linda Parris-Bailey, Founder- Parris-Bailey Arts, creates story-based plays with music focusing on themes of transformation and empowerment. At Carpetbag Theatre, she was the primary playwright-in-residence and the recipient of the 2015 Doris Duke Artist Award in Theater. Parris-Bailey is a founding member of Alternate ROOTS and Senior Advisor to the International Women Playwrights Conference. Her works have been published in Alternate ROOTS: Plays From the Southern Theater, Ensemble Works! and other anthologies of contemporary plays.

CREDITS:
Conceived and written by Linda Parris-Bailey and Eric Bass